Our dedicated leaders help make serving the most rural communities possible – bringing much needed health services to the people in rural America. 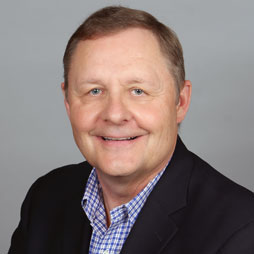 David A. Neuendorf currently serves as a consultant after several years as the Chief Executive Officer of Premier Specialty Network, a innovative patent pending healthcare provider model which allows physicians to remain independent and autonomous.

Dave has an impressive 30-year track record in hospital leadership under his belt. Most recently he served as the President and CEO of Audrain Medical Center/SSMSt. Mary’s Hospital Audrain in Mexico, Missouri, a position he held for 11 years. During his tenure the hospital expanded services significantly including cancer services, which were recognized by the American College of Surgeons Commission on Cancer with its outstanding Achievement Award, an unprecedented four consecutive times.

Dave has been active in his community for many years and currently serves on the board of directors of the Mexico Audrain Library District and the Help Center in Mexico, Missouri. He is a past vice chairman of the board of the Health Services Group in Jefferson City, Missouri.