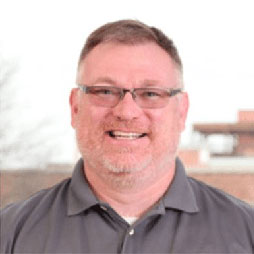 Dr. True was born in Fayetteville, AR but was mainly raised in El Paso, TX. He received his undergraduate degree the University of Texas at El Paso. (The only university in the state of Texas to win an NCAA men’s basketball national championship!). He graduated from the Texas College of Osteopathic Medicine located at the University of North Texas Health Science Center in Fort Worth, Texas.

His internal medicine residency and rheumatology fellowship training were both received at Wilford Hall USAF Medical Center on Lackland Air Force Base in San Antonio, TX. He served a total of 9 years in the USAF before moving on to civilian practice opportunities. He ultimately located here in Springfield in 2010, where he attempts to keep up with the force of nature that is his wife and tries in vain to get his daughter to remember that he was, at one time, her favorite. He has also been employed at Clinvest Research since 2016, where he serves as the Medical Director.

American Board of Internal Medicine - Certified in Rheumatology