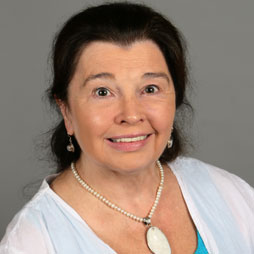 Dr. Sandra Hoffmann, M.D., Specializes in Rheumatology. She received a BA in Chemistry from the University of Kansas – Lawrence and Attended the University Of Kansas School Of Medicine in Kansas City. She performed a research fellowship at Massachusetts General Hospital in Boston followed by an Internal Medicine Residency at Carey Hospital, also in Boston. She then pursued Rheumatology fellowships at University Hospital and New England Medical Center, Boston.

She is Vice President of the Board of Directors and a member of the Sponsor Committee at Mitrata-Nepal. She sponsors five children (two boarding school, two school, one university). In addition to one biologic child, she has adopted three children (from Korea, Russia, and Ukraine). Her role is to facilitate communications with sponsors and the general public.

Dr. Hoffmann is board Certified in Internal Medicine, board eligible in Rheumatology and is a member of the American College of Rheumatology. She is on staff at several hospitals in the St. Louis area and has a large Rheumatology practice there as well.

Dr. Hoffmann earned her medical degree for the University of Kansas School of Medicine. She completed her residency program at Carney Hospital in Boston, Ma. And her fellowships in rheumatology at Boston University Medical Center, as well as the New England Medical Center, also in Boston.