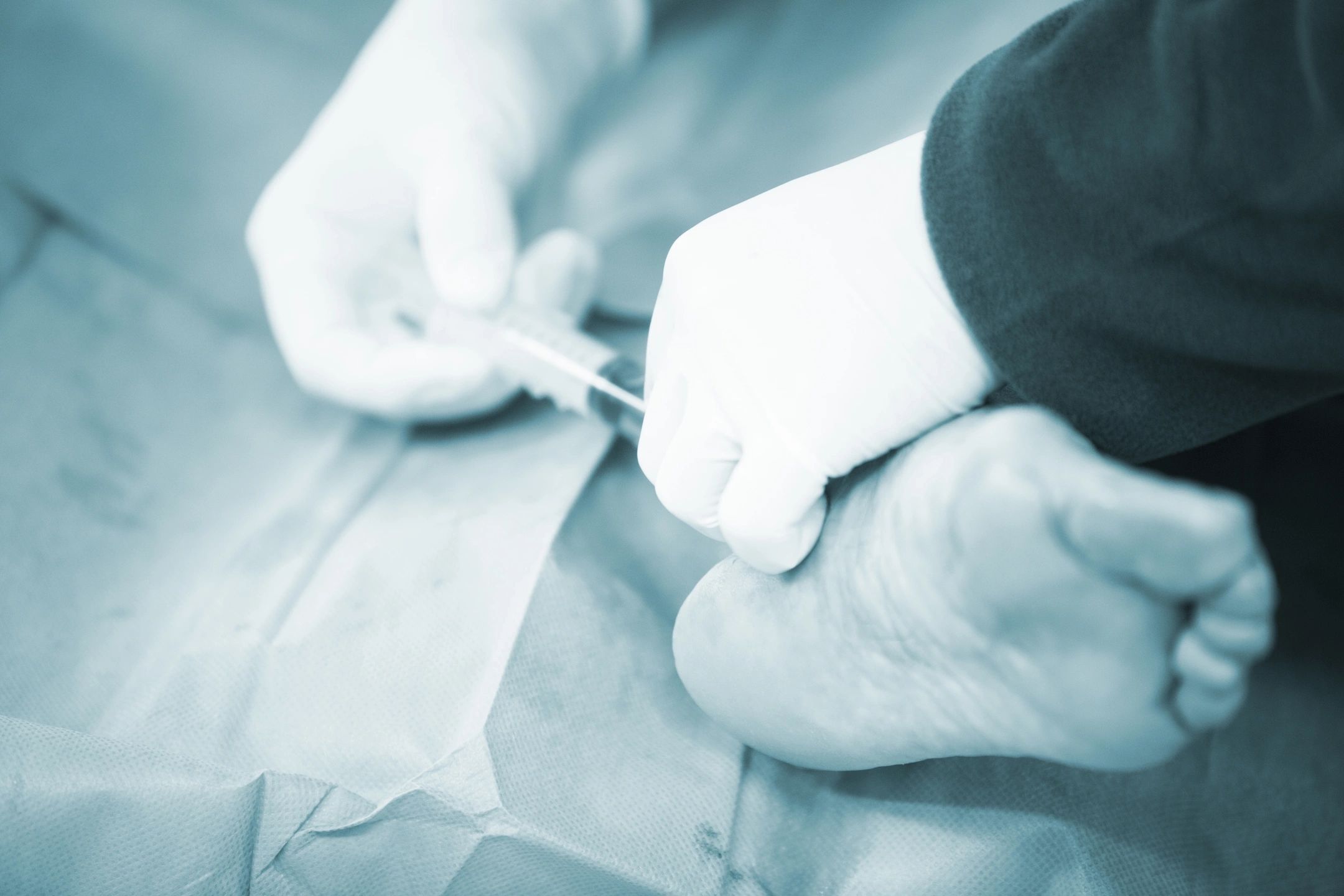 Gout is on the rise among U.S. men and women, and this piercingly painful and most common form of inflammatory arthritis is turning out to be more complicated than had been thought. The standard way to check for gout is by drawing fluid or tissue from an affected joint and looking for uric acid crystals, a test known as a needle aspiration. That usually works, but not always: In a new Mayo Clinic study, X-rays known as dual-energy CT scans found gout in one-third of patients whose aspirates tested negative for the disease. The CT scans allowed rheumatologists to diagnose gout and treat those patients with the proper medication.

The results are published in the Annals of the Rheumatic Diseases, the European League Against Rheumatism journal.

The study tested the usefulness of CT scans in finding uric acid crystals around joints across a wide spectrum of gout manifestations. The researchers found CT scans worked particularly well in detecting gout in patients who had experienced several gout-like flares but whose previous needle aspirates came back negative. After CT scans found what appeared to be uric acid crystals, ultrasound-guided aspirates were taken in those areas and tested for urate crystals.

“These were in part patients that had been falsely diagnosed with diseases like rheumatoid arthritis or labeled with a different type of inflammatory arthritis, resulting in a completely different and often not effective treatment approach,” says first author Tim Bongartz, M.D., a Mayo Clinic rheumatologist. “And there were patients who remained undiagnosed for several years with, for example, unexplained chronic elbow or Achilles tendinitis, where the CT scan then helped us to pick up uric acid deposits.”

The study isn’t meant to suggest that CT scans should be the first test used to look for gout, Dr. Bongartz says. Needle aspirates work well in most cases, and the research showed CT scans weren’t as effective a diagnostic tool among patients having their first gout flare-up, he says. In some of those acute gout cases, needle aspirates found uric acid crystals, but CT scans didn’t.

Five percent of adult African-Americans and 4 percent of whites in the U.S. have gout. The nation’s obesity CT Scan Gout2epidemic is thought to be a factor behind the increase in gout cases.

Gout is often thought of as a man’s disease and associated with sudden sharp, burning pain in the big toe. It’s true that until middle age, more men than women get gout, but after menopause, women catch up in the statistics. And gout can hit more than the big toe: Other joints including parts of the feet, ankles, knees, fingers, wrists and elbows can be affected.

“The first flare of gout most commonly occurs in the big toe, but gout can affect pretty much every joint in the body, and the more gout flares you have the more likelihood that other joint areas will be affected,” Dr. Bongartz says.

An accurate and early gout diagnosis is crucial because gout patients are treated with different medication than people with other forms of inflammatory arthritis, and proper medication and dietary changes can help prevent further gout attacks and the spread of the disease to other joints.

“What we are learning from the dual-energy CT scans has really changed our perception of where gout can occur and how it can manifest,” Dr. Bongartz says. “The ability to visualize those deposits clearly broadens our perspective on gout.”