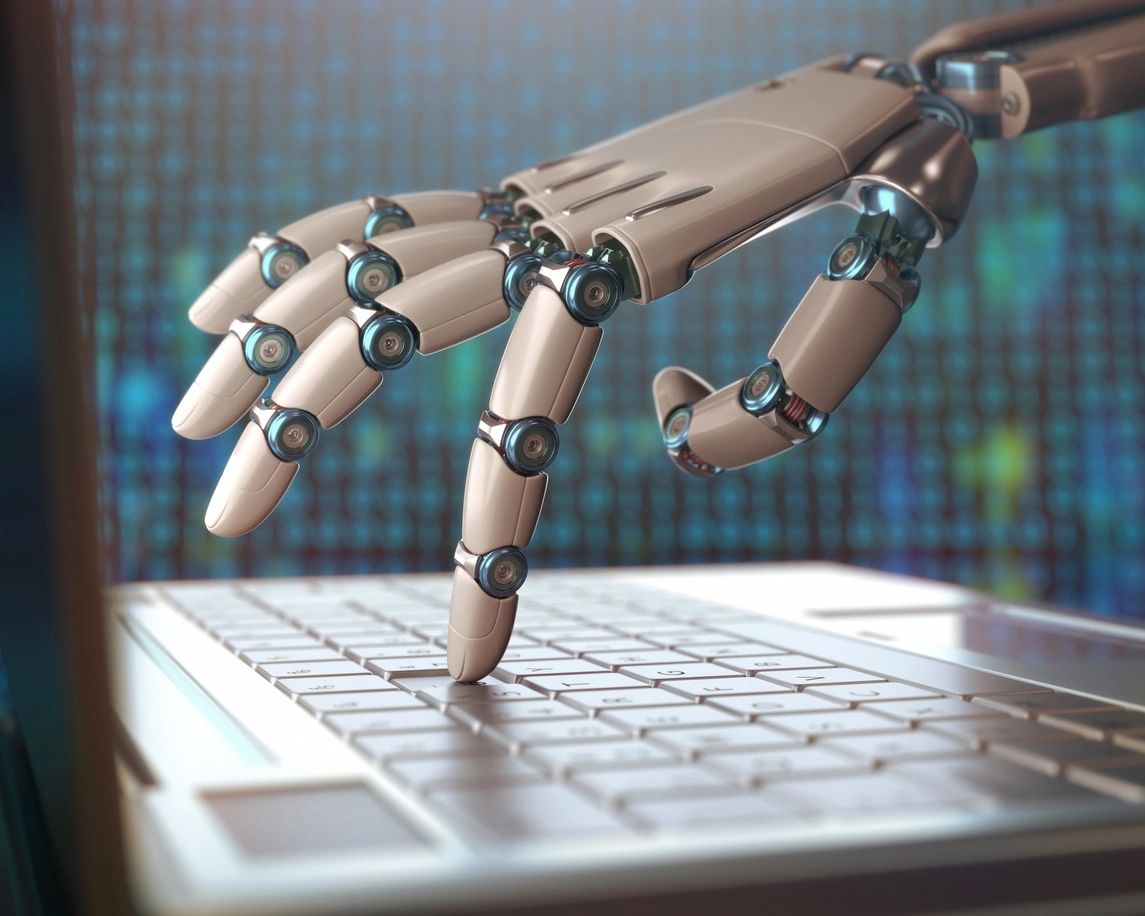 Some small, rural Kansas hospitals are using highly sophisticated medical robots in ways that are helping ease the shortage of specialists in their areas and – in at least one instance – boosting the bottom line.

Hamilton County Hospital here was on the brink of closing little more than a year ago because of financial and staffing problems, but use of a robot has been a key factor in the facility’s dramatic turnaround, according to chief executive Bryan Coffey.

“The reports of our demise are greatly exaggerated,” he said.

First order of business for Coffey when he became the administrator in June 2013 was hiring doctors for a hospital that had none. He recruited a primary care physician and a cardiologist.

Then “we brought in a telemedicine robot and started seeing a 180 (degree change). There’s been a 40 percent increase in (patient) volume and we’re consistently, month over month, 15 percent in growth,” Coffey said.

Coffey since has written a “white paper” on how small hospitals like Hamilton County’s can make the machines, which can easily cost $50,000 or more, a workable investment.

Hamilton County borders Colorado in southwest Kansas and has a population of about 2,700 people. The nearest major regional medical centers are in Denver and Wichita.

The robot now is being used at Hamilton County Hospital for a variety of purposes, including emergency room stroke treatment, dermatology and specialty pediatrics.

Coffey said the latter, done in partnership with Children’s Mercy Hospital in Kansas City, Mo., is “starting to grow hand over fist.”

The hospital now works with nine remote specialists, “and we’ve really just scratched the surface,” he said, noting that the machines make the sort of collaborative medicine that has been the hallmark of the Mayo and Cleveland clinics a possibility at all sorts of medical facilities, including small, rural hospitals.

“It puts everybody on the same page at the same time,” he said.

The robot connects distant doctors with patients and local medical providers in real time via a high-definition mobile visual display that includes various monitoring and imaging attachments such as a digital stethoscope. The hospital now is able to “beam in big-city care in a rural health care environment, all while saving the federal government money and lowering overall health care costs,” Coffey said, noting that many of the hospital’s patients are on Medicare.

The machine that makes it possible, he said, reminds him of the robot in the 2008 animated film “WALL-E” “but without the googley eyes.”

Tony Nunn at the University of Kansas Hospital in Kansas City, Kan., also is familiar with the robots thanks to a project he is working on with Hays Medical Center in central Kansas and Liberty Hospital, which is northeast of Kansas City, Mo.

KU Hospital stroke doctors will connect with patients via the robots in each of those hospitals, he said, once the new system goes live within a couple of weeks.

The doctors will be available around the clock for remote consultations, he said, and able to link to the robot via iPads or laptop computers.

The robots at Hamilton County, Hays and Liberty are made by California-based InTouch Health.

Tim Hulen, the company’s sales representative for the Midwest, said the machines have been used by the military in Iraq and Afghanistan and were used at the Olympics, especially by “smaller countries whose specialists couldn’t make the trip but were still able to confer with their athletes” via the robots.

He said installing the machines and getting staff trained to use them is relatively easy.

“The thing that slows things down is licensing and credentialing,” he said. “We try to help the facility to see that they get everything done for billing and compensation. The device part is not that difficult.”

He said about 20 facilities in Kansas are using the company’s machines and about 10 more are expected to by early July.

But the number of InTouch or similar devices being used in small, critical access Kansas hospitals such as Hamilton County is thought to be low.

About a year ago, Stormont-Vail HealthCare in Topeka put an InTouch robot at Sabetha Community Hospital, which is in northeast Kansas near the Nebraska line.

The Sabetha hospital and Stormont are part of the Health Innovations Network of Kansas, which includes 19 facilities that primarily are small and rural. Stormont is the largest member.

Telemedicine experts say federal and state laws and regulations haven’t kept pace with the rapid changes in technology that now allow doctors to provide a variety of care to distant patients.

“I think eventually we won’t call it telemedicine. It will be just the way we deliver care,” said Morgan Waller of Children’s Mercy Hospital.

“The laws are outdated,” Waller said. “The industry is developing so much faster than our state and federal legislatures can keep up with.”

Stormont bought and put the machine at the Sabetha hospital as part of a pilot project, according to Carol Wheeler, Stormont’s vice president of regional relations.

Stormont hospitalists are available for consultations with patients and providers in Sabetha via the robot.

“It started out being consultations in the emergency room,” Wheeler said, “but that was fairly quickly expanded to include inpatient consults as well. Our hospitalists through their control station are able to call up Sabetha and have a visualization of the patient at the bedside and talk with the (local) physician, the nurse and the patient, if necessary. They are essentially doing a consult as if they were there on the property.”

Wheeler said the machine so far hasn’t been used as frequently as had been hoped but that Sabetha hospital staff have shown interest in expanding its use to include consultations with Stormont’s specialists, which might make it busier.

“The docs out there would really like us to expand the specialty consults,” she said. “So we’re looking at the possibility of doing that as well.”

And other remote services could be considered.

“Some places are using them for psychiatric clinics, and that’s a wonderful possibility,” she said.

Stormont has offered the same arrangement to other hospitals in the network, though any takers in the second round of the initiative would be expected to buy their own robots.

Wheeler said none of the other network members has agreed to do it yet, though it is still early in the process.

“The cost of leasing the equipment is not insignificant,” she said.

Children’s Mercy began using the robots at its regional clinics in Wichita, St. Joseph and Joplin, Mo., to provide specialty and sub-specialty pediatric care. It now also can link in real time to a few other hospitals in Kansas and Missouri, said Morgan Waller, a registered nurse who is the director of telemedicine operations and professional services at Children’s Mercy.

“Beyond our original initiative … we are always looking for and receptive to (critical) access hospitals wanting to partner with us to increase their capacity, and Hamilton County is a beautiful example,” Waller said.

The improvements at Hamilton County Hospital have not been lost on its board of volunteer trustees or others living in the close-knit community, according to Kent Schwieterman, the board chair.

Schwieterman is a former hog farmer who now works to maintain compression engines on the areas gas wells, which are atop a field that has dwindling output.

“Without this hospital (which is a major employer) it would be really hard to see any future” for Hamilton County, he said. “It’s pretty amazing from where we were a year ago or even around January. I was pretty fearful and wasn’t sure which direction we would go. We can see a lot of daylight now. I have a pretty good feeling about it.”

Original Story was posted on khi.org